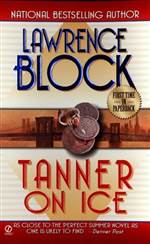 Once, Evan Tanner was known as the thief who couldn't sleep, carrying out his dangerous duties for a super-secret intelligence agency. Then someone put him on ice -- for about twenty-five years. Returning to the world (and trying to catch up with a quarter century's worth of current events), Tanner is about to embark on a new covert assignment that will take him to the exotic Far East, where mystery and menace are a way of life ....Now, whether he's dodging double crosses or disguising himself as a monk, Tanner is learning that when it comes to power games, pretty women, and political wrangling, some things never change. And he's making up for lost time -- with a vengeance.