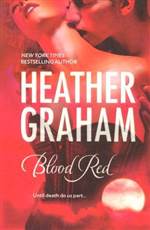 When a fortune-teller shows bridesmaid Lauren Crow an omen of her gruesome death, she and her friends laugh it off as cheesy theatrics--until women begin disappearing in the night. Even as the streets become more dangerous, Lauren finds herself lusting after a man who is himself dangerous-- and quite possibly crazy. Mark Davidson prowls the city by night armed with crosses and holy water, in search of vampires, whose existence, he insists, is real. He is as irresistibly drawn to Lauren as she is to him, and not only because she's the image of his murdered fiancee. But Mark's frightening obsession with finding his lover's killer merely hides a bitter vendetta that cuts deeper than grief over a lost love. As Lauren wrestles with desire and disbelief, sinister shadows lengthen over New Orleans, threatening her friends and foretelling a battle that may spell the end of the city's uneasy truce between the living and the undead.