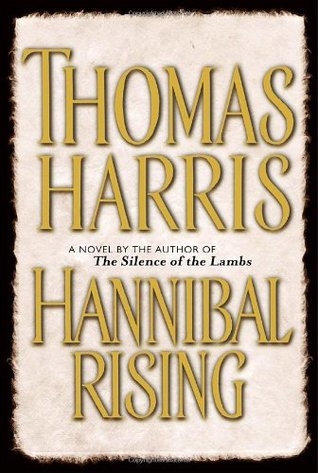 Harris wrote a 2006 prequel, Hannibal Rising, after film producer Dino De Laurentiis (who owned the cinematic rights to the Lecter character) announced that he was going to make a film depicting Lecter's childhood and development into a serial killer with or without Harris' help. Harris would also write the film's screenplay. The novel chronicles Lecter's early life, from birth into an aristocratic family in Lithuania in 1933, to being orphaned, along with his beloved sister Mischa, in 1944 when a German Stuka bomber attacks a Soviet tank in front of their forest hideaway. Shortly thereafter, he and Mischa are captured by a band of Nazi collaborators, who murder and cannibalize Mischa before her brother's eyes; Lecter later learns that the collaborators also fed him Mischa's remains. Irreparably traumatized, Lecter escapes from the deserters and wanders through the forest, no longer interested in speaking. He is found and taken in by an orphanage (his former family home now converted), where he is bullied by the other children and abused by the dean. He is adopted by his uncle Robert and his Japanese wife, Lady Murasaki, who nurses him back to health and teaches him to speak again. After his uncle's death, Lecter forms a close, pseudo-romantic relationship with his step-aunt. During this time he also shows great intellectual aptitude, entering medical school at a young age and excelling immensely. Despite his seemingly comfortable life, Lecter is consumed by a savage obsession with avenging Mischa's death. He kills for the first time as a teenager, beheading a racist fishmonger who insulted Murasaki. He then methodically tracks down, tortures, and murders each of the men who had killed his sister. His style of killing is influenced heavily by Lady Murasaki's ancestors. In the process of taking his revenge, he forsakes his relationship with Murasaki and seemingly loses all traces of his humanity. The novel ends with Lecter being accepted to the Johns Hopkins Hospital.